Michael Frost was born in Redding and grew up fishing the Sacramento River and Pacific Ocean. He settled in the Bay Area after graduating from the University of Oregon in 1998. Michael works in sales in the Silicon Valley and lives with his wife and daughter in San Carlos. Michael is an advocate for the taxpayers of California and promotes the use of 21st century technology, such as data analytics and the smart grid, to help solve some of today’s most pressing problems.

As a member of the engaged philanthropy group, Full Circle Fund, Michael donates his time and money to non-profit organizations benefiting education, the environment, and global economic opportunity.

Fishing has been a lifelong passion for Michael. The California Delta and San Francisco Bay have provided the perfect playground in the Bay Area’s backyard. He has become involved with Restore the Delta after witnessing the rapid decline of the west coast salmon fishery during his short lifetime. The economic value of the Delta’s environment is something that Michael would like to highlight and promote to all Calfornians. This renewable resource is a gift that will keep on giving with proper care.

Roger Mammon was born in San Francisco and grew up in the East Bay. He has resided in Oakley since 1983. A former police officer and manager in the automobile finance industry, Mr. Mammon has fished all his life and took up hunting as a young adult. Mr. Mammon loves both sports as they allow him to be outside and on the water. He is serving in his third two year term as President of the Lower Sherman Island Duck Hunters Association — a group of local sportsmen and women who enjoy hunting in State Wildlife Management Areas. He is also a Board Member of the West Delta Chapter of the California Striped Bass Association, and is a member of the Committee to Save Our Shoreline in Oakley. The City of Oakley has appointed him their unofficial liaison on Delta matters. He has seen a number of changes in the Delta over the past two and a half decades that are disturbing, and he looks forward to helping restore the Delta.

See bio below (under Staff).

Larry Ruhstaller is a former San Joaquin County Supervisor and previous Council member of the Delta Stewardship Council (Council). He has more than 15 years of experience as a local elected official working with state and federal agencies on Delta, flood protection, and water resources issues – and as chair of the San Joaquin Flood Control Agency.

Ruhstaller is a graduate of the University of California at Berkeley where he earned his Bachelors of Arts in US History with emphasis in US city planning. He was a Lieutenant JG in the U.S. Navy and a two-term Councilman for the City of Stockton from 1997-2004. His community involvement includes service as Chairman of the Stockton Asparagus Festival, President of the Board of Directors of the Stockton Visitors and Convention Bureau, and is a member of numerous clubs and associations. Bob is an AV Martindale-Hubbell rated lawyer and Counsel for Sierra Club California. His legal career in Fresno and Sacramento started in 1972 and has ranged from being a law firm partner in private practice including representation of groups seeking enforcement of environmental laws to public practice prosecuting environmental and white collar crime. He was Adjunct Professor of Environmental Law at San Joaquin College of Law in Fresno from 1990 to 2003.

When Friends of the River challenged the Army Corps of Engineers’ rule prohibiting any vegetation other than grass on all of the nation’s levees and the Corps moved to dismiss, Bob won the decision denying that motion. Other victories include the decision in the national class action that school buildings are damaged by the mere presence of asbestos; and the decision finding that the nationwide U.S. Forest Service anti-wilderness land management planning known as RARE II (roadless area review and evaluation) violated the National Environmental Policy Act. Bob also led the inter-disciplinary planning team that developed the Regional Plan adopted by the California Tahoe Regional Planning Agency in 1975.

Bob obtained a B.S. in Business Administration from the University of California, Berkeley in 1966, and after serving as a Captain in the U.S. Army, obtained a J.D. from Harvard Law School in 1971. He has been a member of the California Bar since 1972.

“After all these years in water policy, one resounding lesson is clear: the more I learn about water, the more I know I don’t know. I’ve lived in the Delta region for most of my life and I deeply care about its future.” 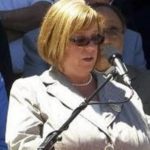 Barbara Barrigan-Parrilla has worked for 16 years to give Delta residents a voice and to ensure that they have a direct impact on water management decisions affecting the water quality and well-being of their communities, while working for the advancement of water sustainability and equity policies for all Californians. Through public education and outreach, advocacy, negotiation, protest, and litigation, Barbara has advanced the idea that the state and federal government must recognize the Sacramento-San Joaquin Bay Delta as part of California’s natural heritage, deserving of protection, while ensuring the inclusion of the Delta’s environmental justice communities in planning and government processes. Barbara has developed and promoted policies, programs, and campaigns to restore the health of the estuary and Delta communities. is a co-author of Restore the Delta’s reports The Fate of the Delta and Climate Equity and Seismic Resilience for the San Francisco Bay-Delta Estuary. Barbara holds a Bachelor of Arts from the University of California at Berkeley and a Master of Fine Arts from Mills College. Contact Barbara.

RTD Policy Analyst Tim Stroshane is an urban planner with over three decades’ experience in environmental planning, housing economics and policy, and California water policy. He organized and coordinated environmental water coalition comments on the California WaterFix project and RTD’s case before the State Water Board against the project. He authored  Drought, Water Law, and the Origins of California’s Central Valley Project (University of Nevada Press, 2016), and is at work on two more books about antiracist water policy in California and the Delta. He is a co-author of RTD reports The Fate of the Delta and Climate Equity and Seismic Resilience for the San Francisco Bay-Delta Estuary. Mr. Stroshane earned his bachelor’s in environmental studies at the University of California at Santa Cruz, and a master’s in city planning from the University of California at Berkeley. He lives with his wife and cat downstream of the Delta in occupied Lisjan Ohlone territory of Huchiun.

Mariah Looney is the Campaign Coordinator for Restore the Delta. A sixth generation Stocktonian now living in Sacramento, Mariah loves the city of Stockton, the Delta region, and the community of amazing people that live here. She is a 2019 graduate of the Delta Leadership Training, hosted by the Delta Protection Commission. Mariah represents Restore the Delta as the Non Profit Representative for the State of California Delta Protection Commission’s Delta Protection Advisory Committee and was elected Chair of the Committee in 2022. She also represents Restore the Delta on the Stockton AB617 Community Steering Committee. In her free time, Mariah enjoys going to concerts, the Golden State Warriors, interior decorating, and spending time with her dog Jellybean and cats Cake and Cheese. Contact Mariah.

Spencer Fern is the Delta Science Coordinator for Restore the Delta.  Spencer was born and raised in Stockton and spent his childhood living alongside Smith Canal where his family would take a boat out and enjoy the water life. He was introduced to Restore the Delta in high school where he got to work with National Geographic to take photos of the Bay and Delta to raise awareness for Delta conservation.  Spencer received his degree in microbiology from California State University, Monterey Bay and he also went on exchange for a year to Stony Brook University in Long Island.  In his free time, he enjoys spending time with friends and looks forward to the next time he can snowboard. Spencer heads our Delta Science Program and also leads our Climate Water Advocate interns. Contact Spencer.

Artie Valencia is the Community Organizer & Government Liaison for Restore the Delta. Artie was born in the Bay Area but was raised in Stockton for the majority of her life. She spent her childhood skipping rocks along the Delta and riding bikes down the levee path with her friends. Artie has a degree in Biology from the University of California, Los Angeles. There, she worked on a variety of conservation projects and managed environmental and social justice clubs. In her time there, Artie organized countless fundraisers including but not limited to the Skirball fires, covid relief funds for immigrants and ocean conservation projects. She also studied abroad in Spain at the Universidad Internacional Menéndez Pelayo for a year. Prior to college, she worked on water quality projects at the University of the Pacific and the Lawrence Livermore Lab. In her free time, she enjoys going to concerts, watching the latest movies, and writing fiction novels. Contact Artie.

Sara Medina is the Sustainable Agriculture Coordinator here at Restore the Delta.  She was born in Mexico and her parents migrated to the small town of Linden, CA when she was four years old. Sara has had an interest in agriculture since she was a child, where she was able to learn from the farmers around her. She is a San Joaquin Delta College and California State University Stanislaus alumni, with a Bachelor’s degree in Psychology and two Associate’s degrees in Behavior Science. Before working for Restore the Delta, Sara worked with other San Joaquin County based nonprofits, learning the ins and outs of the community. In her free time, she helps run a quarter acre farm, alongside her husband and her three dogs. She also enjoys yoga, reading fiction novels, and camping. Contact Sara.

Cintia Cortez is the Assistant Policy Analyst at Restore the Delta. She is a first generation graduate from the University of the Pacific. Cintia received my degree in Geology and Environmental Science. She was inspired by Dr. Camarillo from the University of the Pacific to work in water conservation, after having done research with her in methods of data analysis for environmental scientists and engineers. Cintia is a Climate Leader with Stockton Public Health Advocates and previously worked as a Climate Water Advocate intern for Restore the Delta as well as a community organizer for Communities for a New California promoting healthy equity in the Stockton community. Having been raised in a low-income, minority household in South Stockton, Cintia is honored to be working with Restore the Delta to bring awareness and resolutions to my community. In her spare time she enjoys thrifting, exploring new places, and spending time with friends and family. Contact Cintia.

MacKenzie Owens is the Social Media Lead for Restore the Delta. MacKenzie was born and raised in the Bay Area. Growing up, she recreated at Lake Tahoe and Clear Lake with her family, enjoying the summers spent on the waters. Receiving a degree in Global Studies and a minor in Human Rights from San Jose State, she spent her last year there community organizing and worked towards local jail reform with an on campus group, Students Against Mass Incarceration (SAMI). MacKenzie previously worked as a Climate Water Advocate intern for Restore the Delta. In their free time, she loves catching up on podcasts, roller skating, and playing Dungeons and Dragons. Contact MacKenzie.