Specifically, those surveyed were asked, “The governor has proposed to improve the reliability of water supplies by building tunnels in the Sacramento–San Joaquin Delta—starting with one tunnel and then adding a second tunnel in the future. How important is this proposal for the future quality of life and economic vitality of California—is it very important, somewhat important, not too important, or not at all important?”

PPIC’s Methodology explains, “Results may also be affected by factors such as question wording, question order, and survey timing” [page 23], but does not include information as to whether or not those surveyed were previously educated on policies and projects, including CA WaterFix. 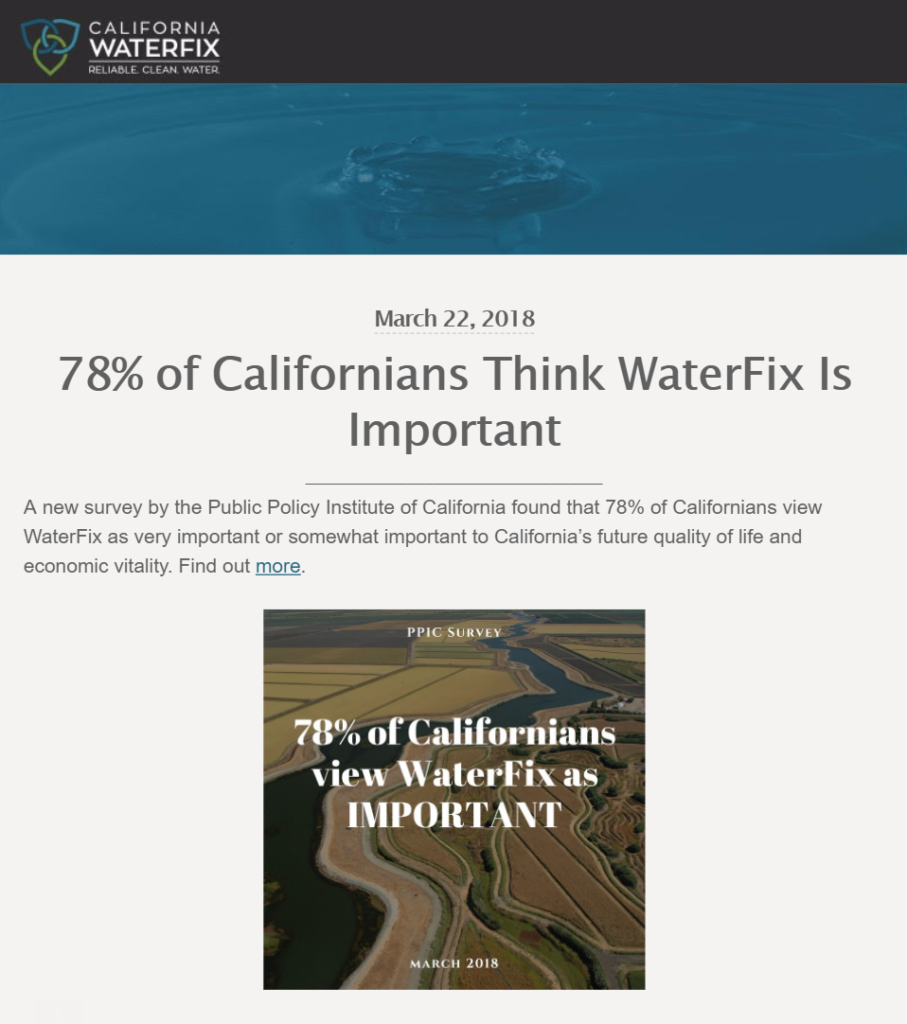 “After eleven years and a quarter of a billion dollars, CA WaterFix can’t get strong support from 50 percent of likely voters even with the help of favorable or leading messaging during this survey. Moreover, we sincerely doubt that the true costs of the project were mentioned during the survey, including how the project would be financed, its interest and operational charges, and that this massive investment would create little to no additional water. No wonder this version of the project isn’t subject to public voter approval–it would be defeated as it was when the project was known as the peripheral canal.

“Another area of concern is that only 53 percent of likely voters reported that water supply is a big problem in their part of the state, compared to 68 percent of likely voters who reported it as a problem during the drought. We need to start looking at conservation as a way of life. We cannot wait on miracle storms to make up for our outdated, inefficient water management systems and strategies.”