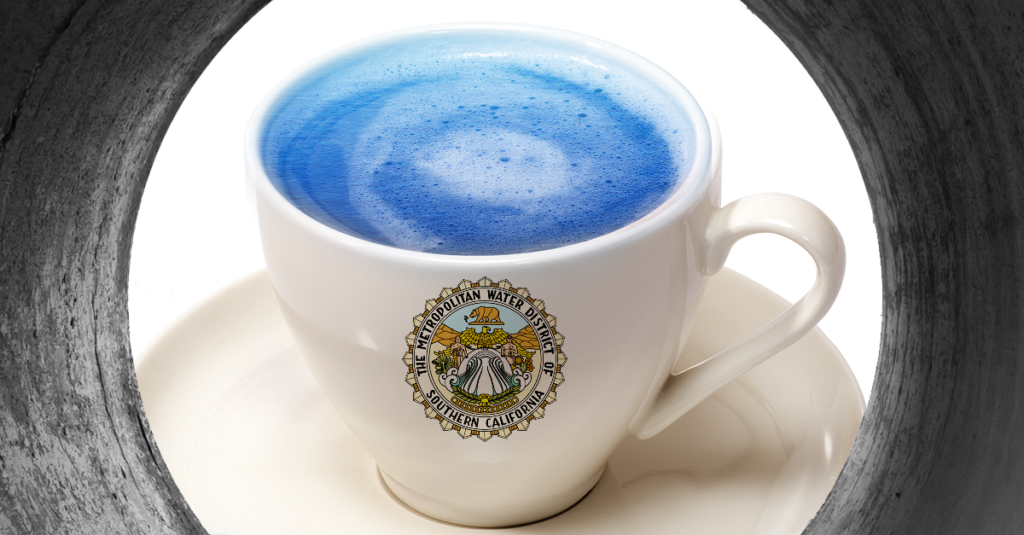 Over the years, some Northern California supporters of Restore the Delta have complained about Southern California water users by making specious claims that everyone down there “has a swimming pool,” or “waters their sidewalk” carelessly during periods of drought, while the Delta continues to decline with inadequate freshwater flows. We even have some supporters who maintain that the answer is to split the state in half, allowing Northern California to keep “its water,” while those people down south “figure out how to get their own water.” This is an idea that has been and will always be anathema to us, as we are all Californians, and the purpose of protecting and restoring the Delta is to ensure its future for the well-being of all Californians. We want our neighbors from throughout California to love and treasure the Delta as much as we do – much in the same we Californians love the coast, Lake Tahoe, Disneyland, the Mojave desert, the Sierra, Old Town San Diego, various neighborhoods in San Francisco and Los Angeles, and Napa-Sonoma wine country.

We have seen thousands of brown lawns resulting from the recent drought, and we have learned that tens of thousands of residents in Southeast Los Angeles County are suffering from high rates of cancer and other health problems linked to polluted groundwater basins.

Here is the truth about Southern California resident intentions, water management outcomes, water rates and usage in Southern California. In recent months, we have stood shoulder-to-shoulder with hundreds of engaged Southern California community advocates from every background who understand that a sustainable, self-sufficient water future is the basis for economic and environmental security for their region. We have seen thousands of brown lawns resulting from the recent drought, and we have learned that tens of thousands of residents in Southeast Los Angeles County are suffering from high rates of cancer and other health problems linked to polluted groundwater basins. While there is great affluence and a growing middle class with a majority favoring public policies centered on sustainability, there are significantly populated areas where a water rate increase of a few dollars a month is a hardship because residents don’t have a few extra dollars a month to spare. Overall, water use continues to decline. Metropolitan Water District estimates 1.7 million acre-feet in water sales for the next year, and has 3.2 million acre-feet of water in reserves.

Southern California is plagued with the same economic, social, and environmental inequalities that we see throughout the rest of California, and our nation. The work to solve these problems is far from complete, and as in other parts of California, a great deal of this work centers around the policies implemented by special interest water districts – those quasi-public agencies with the power to commit the entire local population to revenue bonds and projects with poor environmental outcomes so that a set of limited powerful, business interests can grow beyond that which is sustainable.

These are the special interests that show up to speak in favor of California WaterFix at Southern California government meetings– a limited number of business representatives who regurgitate superficial talking points about the dangers of a collapsing Delta after taking Metropolitan Water District bus tours in which MWD tour guides point out the window to say the Delta is collapsing. To say there is lack of critical understanding about the Delta’s past, present, or future by these special interests is an understatement.

I have told the Board that we plan to prepare an investment proposal based on our currently contracted share of the total water diversions from the state and federal water projects, which is 26 percent. That is the plan. If other agencies decide to lower their level of participation, Metropolitan or others could decide to increase their supply benefits – on a case by case basis. There will not be a “blank check” with Metropolitan subsidizing other water agencies to build the project.

Here we find one of many problems with MWD’s financial and operational forecasts for WaterFix. Is Kightlinger saying that there won’t be step-up provisions on the bonds for WaterFix? In other words, is Kightlinger claiming that should other partner water districts drop out during tunnels construction, the remaining agencies won’t have to step up to cover the annual debt repayments for fixed construction costs? If so, this claim is akin to President George H.W. Bush’s infamous “Read my lips: no new taxes” because bond rating agencies are not very likely to look favorably on a project in which the borrowing agencies pay back the amount that they want to repay regardless of the total debt amount incurred should some partners decide mid-way through construction to NOT pay back their share of the full debt. Bond buyers like their bond payments in full and on time, and only projects providing those guarantees sell bonds.

An even closer reading of Kightlinger’s statement suggests that MWD would be left to assume incrementally a greater share of the debt for the $16.7 billion fixed, and potentially expanding, construction costs for the project for a larger take of water. “No blank checks” reads like code for “Don’t worry, I’ll come back to you all and get permission to rubber stamp MWD’s purchase of a greater share of CA WaterFix water deliveries. We’ll figure out how to pay as we go.” The problem is that if MWD member agencies, Southern California ratepayer and environmental groups, and everyday residents do not want or need extra water, MWD will end up doubling down to spend more of their money for a larger share of an outrageously expensive water transfer project – the Delta Tunnels. Plus, MWD staff stated recently at a recent Bay-Delta Committee meeting, should a member of the State Water Project (of which MWD is a member) stop making payments on CA WaterFix, there is a provision in the SWP contract to use property taxes to collect the debt. Would such strong-arm tactics be used against MWD member agencies if they declined to take WaterFix water deliveries?

Gaming the numbers: MWD states in its 2015 Regional Urban 3 Water Management Plan, that its average annual deliveries from WaterFix will be about 248,000 acre-feet per year. In its recent white papers arguing the benefits of CA WaterFix participation, MWD claims about 330,000 acre feet of increased water deliveries, yet the Environmental Impact Report for WaterFix states an increase only of 186,000 acre-feet in water deliveries for the entire State Water Project, of which MWD would receive about half. Within its Integrated Resource Plan, MWD fails to include feasible projects for regional self-sufficiency currently under development by member agencies.

They will be paying monthly for the equivalent of a tank of gas, or several bags of groceries, or a portion of their monthly health insurance premium, which millions of Southern California middle class families scrape by to afford. WaterFix, as Dr. Michael points out, won’t solve Southern California’s water needs because water exports are on a decline due to environmental performance.

MWD officials make the case to Southern California newspapers that local projects actually cost more money than WaterFix per acre-foot of water. However, reports by The Pacific Institute and NRDC show that costs for regional projects are inflated, while a recent presentation by University of the Pacific’s environmental economist Dr. Jeff Michael to the Santa Clara Valley Water District demonstrates that WaterFix costs are underestimated significantly. All this suggests that the only way for MWD to obtain a greater share of CA WaterFix water is to buy a larger share of the project which wouldn’t sit well with local member agencies if the true costs were revealed. So Kightlinger’s WaterFix campaign is made up of conflicting water delivery numbers, a dismissal of regional self sufficiency projects, and a razzle-dazzle of promises to discuss incremental cost commitments should future partnership conditions change. These are the tactics that he is using in order to make the finance plan palatable to MWD member agencies and Southern California residents.

Without ironclad financial commitments, and a real risk-assessment for a project in which geotechnical samples and design are near completion (10% of WaterFix has been designed to date), Southern California ratepayers will NOT end up paying the cost of a latte, as Kightlinger likes to claim, for more reliable deliveries. They will be paying monthly for the equivalent of a tank of gas, or several bags of groceries, or a portion of their monthly health insurance premium, which millions of Southern California middle class families scrape by to afford. WaterFix, as Dr. Michael points out, won’t solve Southern California’s water needs because water exports are on a decline due to environmental performance. According to Dr. Michael, the Delta tunnels are a worse project economically and environmentally than if no action were to be taken in the Delta. And by reducing the project to the cost of a latte per person, Kightlinger fails to address the true total costs that will be carried by the public and that will limit needed public spending in other critical areas, including local water supply projects. The question isn’t affordability, it is whether the outcomes provide any benefit for the total public debt load.

While Delta ecosystems are collapsing, common sense says you don’t build a tunnels project to siphon off yet more of its fresh water and then expect to save it. This is NOT to say that Restore the Delta favors doing nothing. For years, we have advocated for cost-effective levee upgrades so that we can protect local Delta residents, farms, and the environment, while sharing a sustainable water supply with Southern California. We also advocate for significant public investment in local water projects throughout the state – projects that will leave all residents in Downey, and Maywood, Tulare and Fresno Counties, Oakland, and the urban centers of the Delta with clean, reliable and more affordable drinking water supplies. This is the only plan that will ensure that special interest water districts, like Metropolitan, aren’t given a blank check by their managers to pay for a project that fails all tests and standards of sound economic and environmental planning.

Barbara Barrigan-Parrila is the Executive Director and Co-Founder of Restore the Delta.