Today, we attended and spoke at an important public meeting at the Central Basin Municipal Water District in Los Angeles County, a member agency of Metropolitan Water District of Southern California (who will vote on the Delta Tunnels project in September).

Southern California ratepayers were there to back us up! 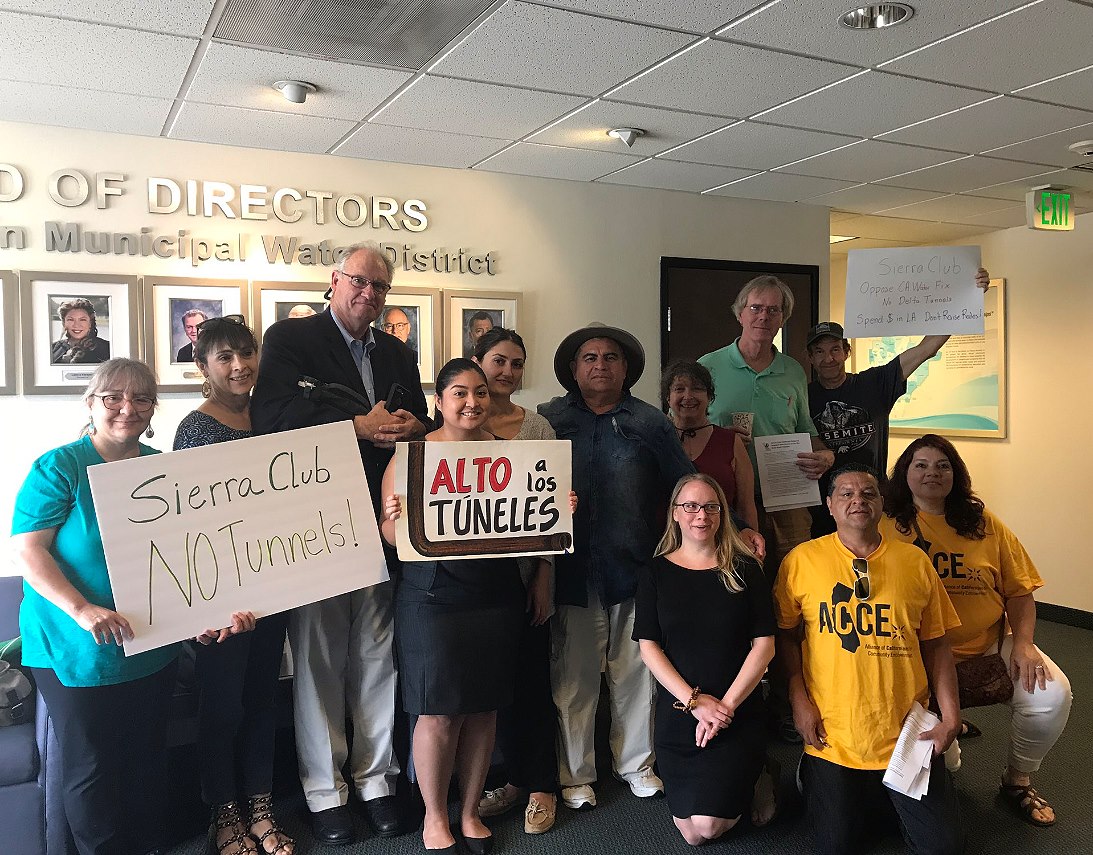 Students from East Los Angeles College, residents from Huntington Park and Whittier, and advocates at ACE and Sierra Club Los Angeles all told Central Basin's Board of Directors that they do not want the Delta Tunnels. They expressed concerns over paying the bill while getting no new water and of harming the Delta people and ecosystem. Ratepayers asked for board members to support local water supply projects instead as a better alternative to the Delta Tunnels project. 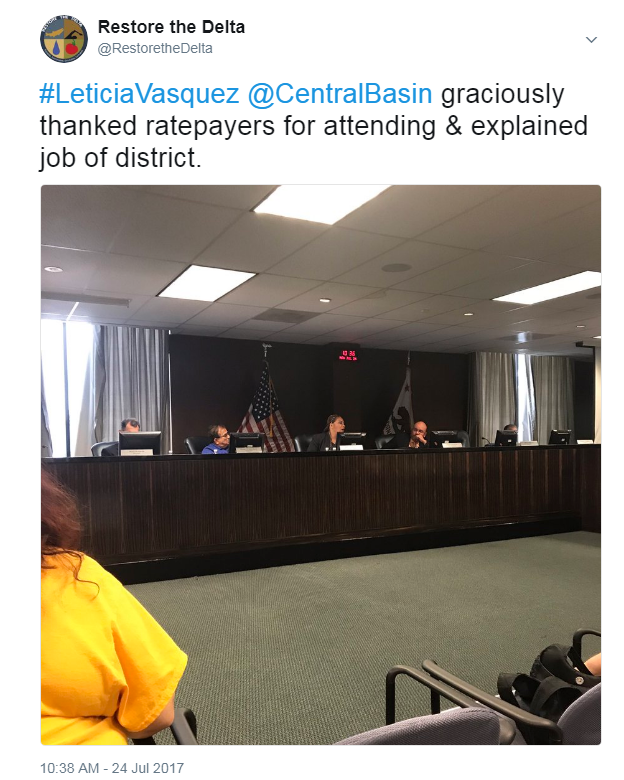 Photo: Leticia Vasquez, Central Basin Board of Director, thanks ratepayers for attending.

Check out the live tweets from our Executive Director Barbara Barrigan-Parrilla on Twitter.

In addition to Southern California ratepayers speaking out today, scientists are also coming together to break the harmful myth about Delta flows to the ocean. Check out the blog article.