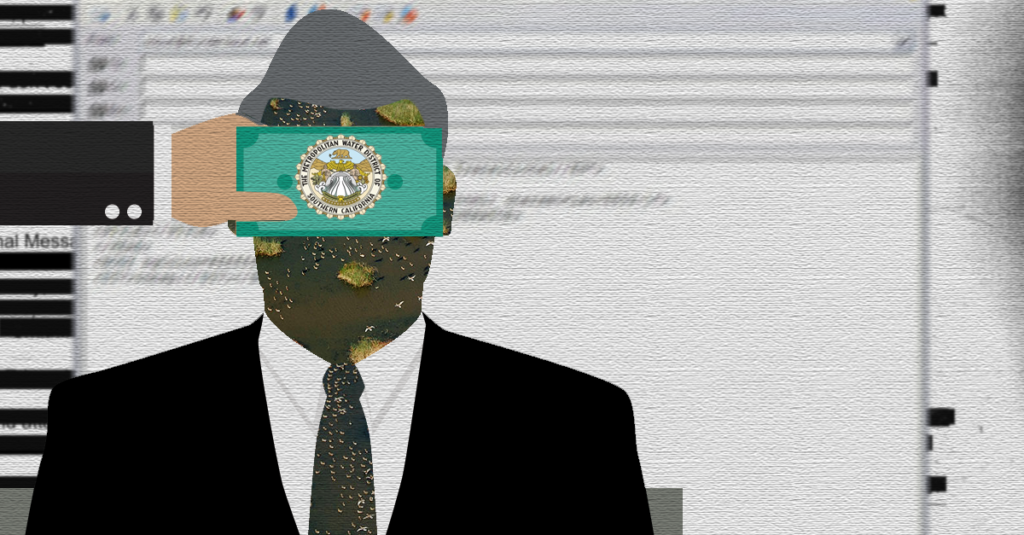 Sacramento, CA – In an email forwarded to Delta activist groups last week, Metropolitan Water District of Southern California general manager Jeffrey Kightlinger asked dozens of member agencies to lobby the Delta Stewardship Council (DSC) because, “The final permit in the California WaterFix process will be for the Department of Water Resources to certify that this conveyance process is consistent with the Delta Plan.” Kightlinger encourages agencies to “…come to Sacramento and provide public comment on June 22.”

Weeks ago, MWD staff members indicated that passage of the Conveyance and Storage Amendment by the DSC was essential for MWD to move forward with financial planning for CA WaterFix (Delta Tunnels).

Lobbying a Response to Public Outcry

At recent Delta Stewardship Council meetings, delta activists and residents have opposed “dual conveyance” as the preferred alternative for moving water from the Delta. DSC members and staff insist their intent is not to show preference for the Delta Tunnels, but rather to update the plan to reflect what they believe is the best way to export water from the Delta.

Delta Tunnels opponents say the DSC has ignored science that reveals harms to water quality and fisheries under the Delta Tunnels plan.

“The Delta is now being set up to function as a colony of Southern California water interests. MWD is pressuring the Delta Stewardship Council to pass the Delta Plan amendment so MWD can secure its portion of the $17 billion in bonds to pay for the tunnels, costs that will be passed back to their ratepayers in their water bills and property taxes.

“The Delta Stewardship Council, which is legally mandated to balance the co-equal goals of restoring and enhancing the Delta’s ecosystem and creating water supply reliability, is simply not being honest with the public. MWD’s influence on this amendment is clear. The DSC Chair has been hostile to anyone who questions the Council’s interpretation of science. MWD believes it can lobby the DSC to keep ignoring inconvenient science.

“It seems that the DSC is now operating under Governor Brown’s direction to move the project forward quickly so that construction begins before the end of his term. Concerns of Delta communities and fisheries are being kicked to the side in clear violation of the Delta Reform Act of 2009, the legislation that established the Delta Stewardship Council.”