The Fresno Bee
Westlands’ commitment to secrecy
By the Editorial Board
June 15, 2016
Original link here 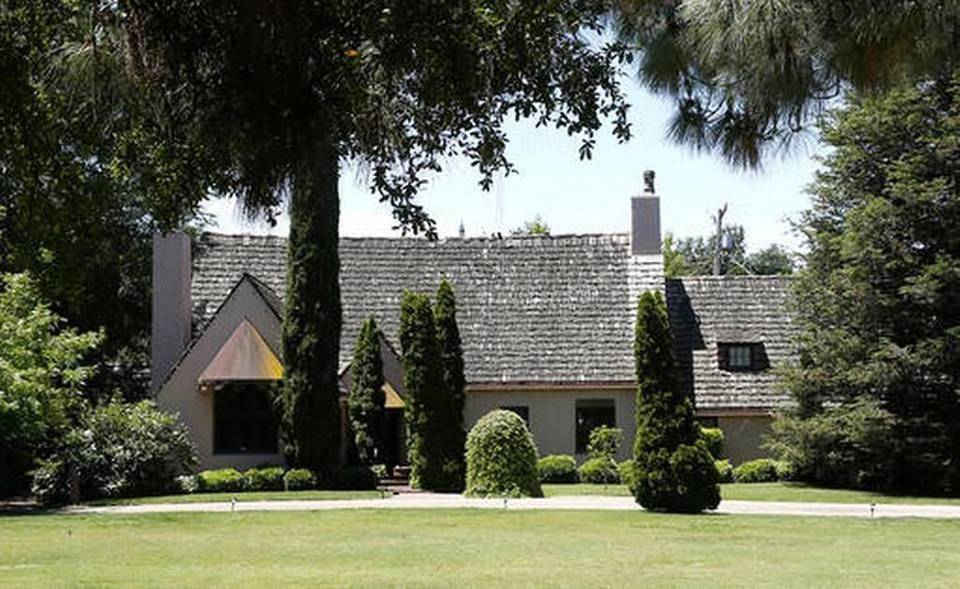 This is the Walnut Grove home of Jason Peltier, a former deputy general manager of the Westland Water District. Peltier received a $1.4 million loan at 0.84% interest from the district to buy the home in 2007 and has until 2021 to repay the final $1 million-plus. Rich Pedroncelli The Associated Press

Westlands Water District is a Fresno-based public agency formed in 1952 to deliver irrigation water to hundreds of thousands of fertile acres on the Valley’s west side.

As a public agency, Westlands’ employees, growers and board of directors should exhibit a 100 percent commitment to transparency. Westlands, after all, conducts the people’s business, and sunlight is the best disinfectant against backroom deals, shady practices and favoritism.

In fact, Westlands claims that it promotes transparency. Here’s what the district says on its website: “Westlands Water District is committed to providing current and accurate information to our water users and to the general public.”

What Westlands claims and what it does are two different things. Thanks to the investigative efforts of Associated Press reporter Ellen Knickmeyer, we now know that Westlands is a mortgage lender, too.

Not the kind of lender where any citizen can go in, fill out forms, pass a credit check and walk out with a mortgage. Rather, it’s an agency that had not an ounce of compunction about loaning one of its top executives, Jason Peltier, $1.4 million in 2007 so he could buy a riverfront estate about 150 miles away from Fresno in Walnut Grove.

Three more things. Peltier, who no longer works for Westlands, received one mighty fine interest rate (0.84 percent). He now owes, with accumulated interest, $1.57 million on the loan. And he has since bought another house – at Pebble Beach.

In response to queries from Knickmeyer for her June 9 report, the district and Peltier vigorously defended the loan. We wonder, if it was a win-win arrangement, as both sides say, why not announce it to the world?

It’s obvious why they didn’t. The arrangement stunk to the high heavens.

“In response to written questions, (Westlands) Chief Operating Officer Dan Pope said the home loan was allowed under a district rule that gives officials the authority to set salaries,” Knickmeyer reported. “There was no public record of the district board’s loan decision, Pope wrote, because it was made in a closed session.

“The AP could find public mention of the loan only on the website of a federal agency that oversees municipal bonds. Posted there were Westlands’ annual audits, which from 2010 on reported a $1.4 million loan to an unidentified management-level employee.”

The public had a right to know about the buddy-buddy deal Westlands made with Peltier. The fact that Westlands failed to disclose it is evidence of its aversion to sunlight.

Revelations about the Peltier loan come on the heels of a March announcement that Westlands would pay $125,000 to settle Securities and Exchange Commission civil charges that the district misled investors about its financial health. As part of the settlement, Westlands General Manager Tom Birmingham agreed to pay $50,000.

The charges, which Westlands and Birmingham neither admitted nor denied, involved accounting maneuvers that allegedly masked revenue reductions caused by drought and corresponding cuts in water deliveries.

Westlands growers are battling the drought, environmental regulations that reduce water deliveries, and serious drainage problems. The last thing they need are more self-inflicted wounds like the Peltier loan and the Enron-like accounting maneuvers.

We remind the district of a biblical observation that every farmer should understand: You reap what you sow.

Westlands must let the sunshine in and become an ethical, transparent public agency. If the district doesn’t, its fertile fields are destined to become dust in the wind.