SAN FRANCISCO (AP) — California Democrats in Congress launched challenges Thursday to a proposed Obama administration settlement with a powerful California water district, including announcing their own probe of the deal.

The multi-front assault by the deal's opponents comes as the U.S. Department of Interior and other federal agencies near conclusion on negotiations related to the settlement with Central California's Westlands Water District, the country's largest irrigation district. The administration's talks were meant to end decades of litigation by water districts and farmers over a federal water project that has contaminated hundreds of thousands of acres in California with high levels of salt and other minerals.

A key part of the federal settlement would turn some of the responsibility for dealing with the contamination over to Westlands. In return, the federal government would forgive about $375 million in Westlands debt and offer long-term agreements on water delivery to the Fresno-based water district, among other terms.

U.S. Rep. Jared Huffman, a Democrat from the San Francisco Bay area, said Thursday he and other lawmakers would investigate the terms of Westlands' deal. In addition, a total of nine Congress members signed letters variously asking the U.S. Environmental Protection Agency, the House Natural Resources Committee and the Obama administration to review the settlement or Westland's finances.

"We need to know that the Westlands Water District didn't get a sweetheart deal, and that the federal government is working to protect Americans' financial and environmental interests," Huffman said in a statement.

Westlands was eager to answer the Congress members' questions, deputy general manager Johnny Amaral said in a statement Thursday. However, he said, some of the Congress members appeared "willing to deliberately distort the truth to further their agenda of eliminating agriculture in the San Joaquin Valley" in Central California.

Huffman also made public Thursday a review of the deal by the Congressional Research Service. The review said the pending settlement and related proposed legislation raised questions about how other regional water contractors would be affected by the deal, how much the settlement saved the federal government compared to other options, and whether the deal potentially left the federal government still legally liable for some of the contamination.

Thank you to all our supporters who showed up to our last minute rally and press conference to oppose the Delta islands purchase and to announce the lawsuits against the Metropolitan Water District yesterday. We are now over 8,000 signatures, please continue to share and/or sign the petition to stop the Delta islands purchase to get us closer to 10,000 by April 19th! 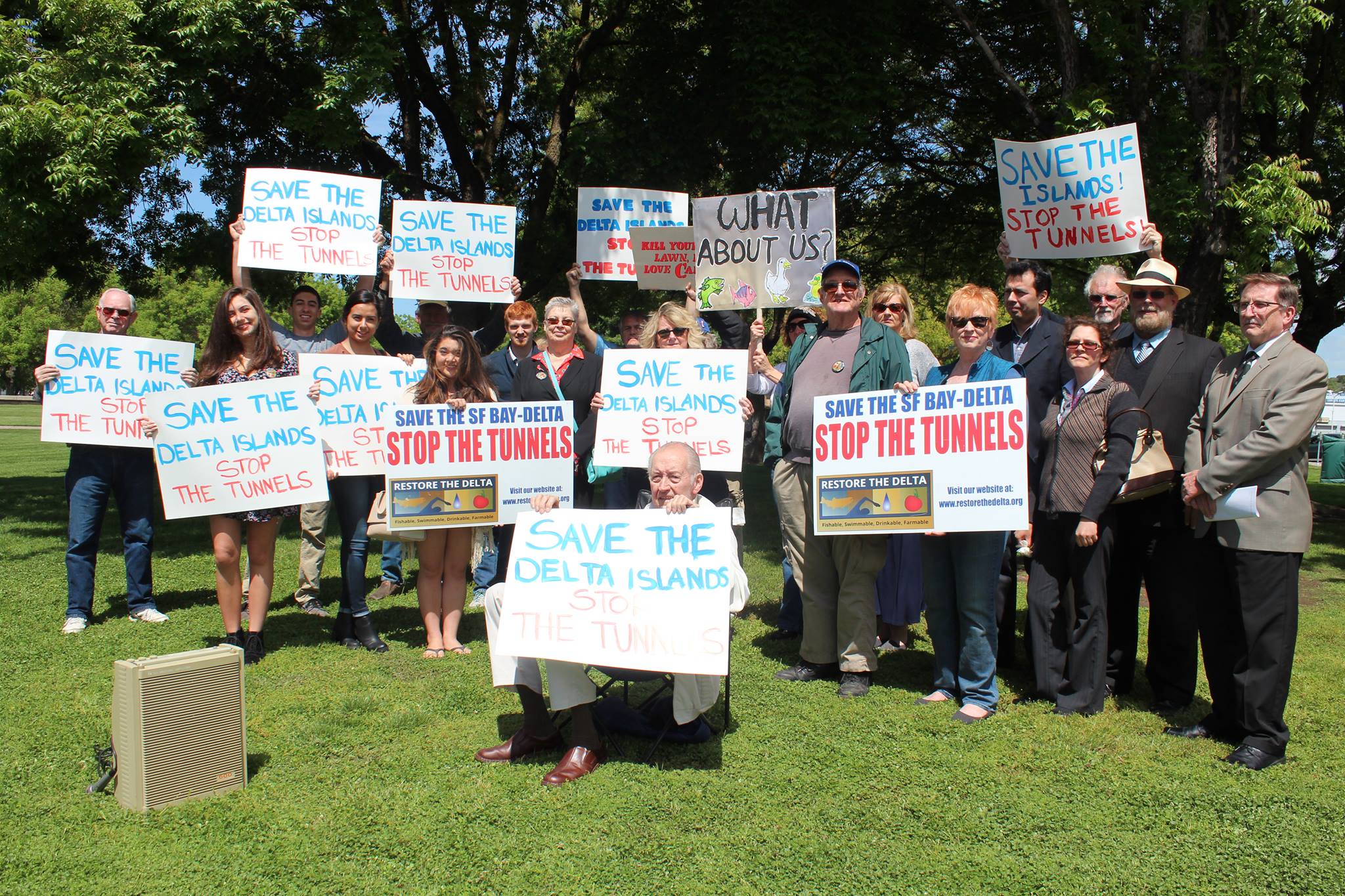