SF Chronicle op-ed: Time for Plan B to save the Sacramento-San Joaquin delta

Time for Plan B to save the Sacramento-San Joaquin delta 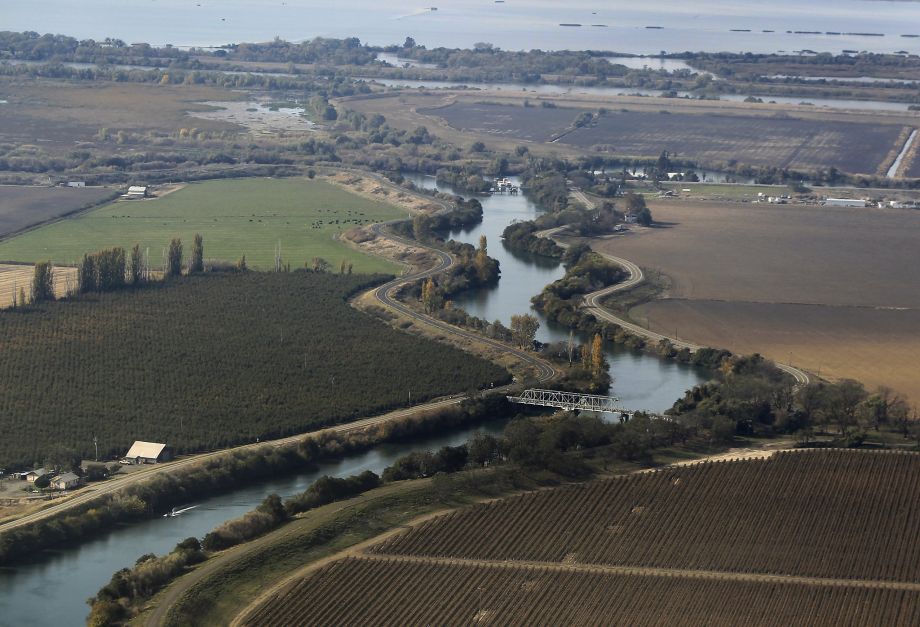 Photo: Paul Chinn, The Chronicle
The delta is the crossroads where the freshwater from the Sierra Nevada flows into the salty, brackish water of the bay and creates rich, interconnected habitats that support fish, mollusks, marine mammals and birds, and sustains our very own communities.

After years of spending millions of water ratepayer and taxpayer dollars on a flawed plan to build tunnels under the Sacramento-San Joaquin River Delta, it’s time to develop a realistic and cost-effective plan to save the delta and address the state’s water supply needs. It’s time for Plan B.

Last month, the state Senate Select Committee on the Sacramento-San Joaquin Delta conducted an informational hearing on the impact of Gov. Jerry Brown’s proposed tunnels on the San Francisco Bay economy. Panels of experts — from economists to fishermen — testified at the hearing that the so-called Water Fix project would be harmful to the Bay Area’s economy and ecosystem.

The delta is the crossroads where the freshwater from the Sierra Nevada flows into the salty, brackish water of the bay and creates rich, interconnected habitats that support fish, mollusks, marine mammals and birds, and sustains our very own communities. It supports important tourism, recreational and fishing industries and California’s agricultural industry. Between 4 million and 6 million acre-feet of drinking water are sent annually to California customers south and east of the delta.

Scientists have told us for more than a decade that the delta is failing. The most compelling evidence at the hearing came from fishermen, who described the stark decline and decimation of fishing stock, and of their livelihood. In 1985, when the population of California was 26 million people, more than 5,000 salmon boats were licensed to ply the plentiful fishery. Thirty years later, with a state population of 38 million, fewer than 900 boats are actively fishing. The fish just aren’t there.

The governor proposes placing three new enormous intakes on the Sacramento River above the delta, and two tunnels 40 feet wide and 35 miles long below it, to divert freshwater of the Sacramento River. Originally estimated as a $3 billion project, today that estimate has ballooned to $17 billion — and climbing. One of the key beneficiaries slated to pay for this enormous project, the Westlands Water District near Fresno, California’s largest agricultural water district, has been fined by the Securities and Exchange Commission for misleading investors with “Enron-style accounting” in a $77 million bond sale. These fraudulent activities cast serious doubt as to whether the district has the sufficient means to pay for its share of the tunnels project.

Recently, a majority of the board members of the Santa Clara Valley Water District, a proposed financial partner ($1.2 billion) supported a public vote of the ratepayers on financing. The powerful anti-tax lobby, the Howard Jarvis Taxpayers Association, put water agencies on notice that passing property tax increases to property owners without two-thirds approval by ratepayers may violate the requirements of Propositions 13 and 218.

The time has come to create a comprehensive Plan B to address California’s water supply. Our state deserves a cost-efficient, environmentally sustainable plan that will preserve the agricultural, fishing and recreational industries that the delta supports while ensuring existing water supplies.So where do we go from here? Doing nothing is not acceptable. Continuing along this path will not fix the problem either. Meanwhile, as the years have passed, the administration has spent $250 million studying the tunnels. How many state employees and hours have been diverted from more effective policy efforts?

A practical Plan B should include:

•Metering all uses of water.

•Reducing water exports from the delta based on science and an independent State Water Board, while ensuring export reliability.

These approaches would spend fewer government and ratepayer dollars and result in a more sustainable solution.

The Water Fix project is misnamed, as it fixes nothing.

Lois Wolk, a Democrat, represents Solano and Yolo counties in the state Senate

Delta Tunnels: Speak Up at Upcoming Meetings!
{ 0 comments… add one }