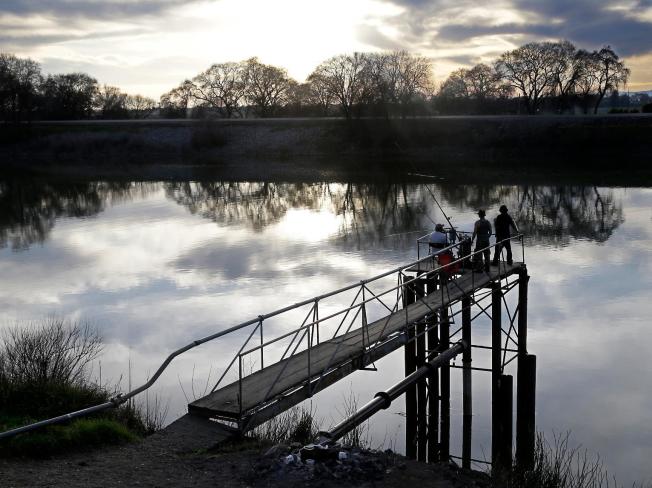 CLARKSBURG, Calif. (AP) — A top a dirt levee his great-grandfather built in the 1800s to hold back California's mightiest river, Northern California farmer Russell van Loben Sels looks out over the site of a new water project, one that would be the state's most ambitious in a half-century.

Promoted by Gov. Jerry Brown, the $15.7 billion project would run giant twin pipes, each four stories high, underground for 35 miles and eventually pull thousands of gallons of water a second from the stretch along the Sacramento River where van Loben Sels farms to cities and farms to the south.

In what all agree will be the decisive year for the project, Brown's plan — which is facing obstacles to environmental approval in the Sacramento-San Joaquin River Delta and mounting uncertainty over the financing — is splitting farmers and political leaders.

Delta Tunnels news: Zone 7 Votes to Table a Resolution in Support of Tunnels
{ 0 comments… add one }