In case you missed it: Great editorial by ModBee

In case you missed it…
The Modesto Bee

Jerry Brown is a master of ceremony. His State of the State speech Thursday in the Assembly chambers was at once informative, humorous, only a little braggy and, well, maybe even inspiring.

He recited his many accomplishments, including balancing the budget, creating (and protecting) a rainy-day fund, battling climate change, expanding health care and improving wages.

Naturally, at the end of his speech Gov. Brown also brought up water – just barely. But that’s when he began to lose credibility.

For all his accomplishments, Gov. Brown is most invested in dealing with California’s water issues. Unfortunately, this very popular governor is going about it in the wrong way. He started by giving voters well-deserved praise for having passed the water bond last year. Then he went too far, conflating his own “California Water Fix” with that bond, trying to link one with the other. Worse, he didn’t mention that he doesn’t trust the voters to have a say in whether they believe his Water Fix will work.

That’s an unworthy political trick even for a master politician.

The online version of the governor’s speech included a link to a slick YouTube video to help sell his pet project. That video gently criticizes previous attempts to alter California’s plumbing. Never did it occur to Brown that a future governor might similarly bash the Water Fix, as having been poorly thought out and fraught with unintended consequences.

In his speech, the governor noted that all of California’s inhabitants form “a complex system which must be understood and respected.” He insisted that pitting farmers against fish “misses the point.”

He’s right about that, but shipping the state’s largest single supply of fresh water under the Delta so it can be sent to farms and cities far south of here also misses the point.

He can’t explain how embedding two 40-foot-wide tunnels beneath the Delta – circumventing a system that nature began developing long before man could interfere – respects our ecosystem or nature. That’s because he can’t.

Knowing we might see through such a subterfuge, the governor used a scare tactic. He pointed out that “disasters happen,” mentioning earthquakes and floods.

Building his tunnels could create its own disaster. Nowhere in his 2,400-word speech did Gov. Brown touch on the thought that as the Sacramento River – which makes up 80 percent of the Delta’s water – is siphoned south, water from our San Joaquin River and its tributaries will be needed to hold back saltwater incursion from ruining the West Coast’s largest estuary. He never explained how a far, far smaller river can do the work of the mighty Sacramento River. Perhaps such detail is too complicated, too complex or too inconvenient.

He never explained why voters, who did such a good job passing the water bond, will be excluded from having a say on the tunnels. Perhaps that’s to be expected from a man still smarting after voters emphatically rejected his peripheral canal in 1982.

Brown’s budget puts millions toward the project. And many experts say 2016 will be pivotal for the success or failure of the Water Fix. Do-or-die decisions must be made if the project is going to proceed.

The governor’s scant mention of the tunnels and the linked video is probably a soft launch to the coming campaign, likely to be ferocious. By burying the point in a video link, the governor was hiding the ball.

Yes, Jerry Brown is a master of ceremony and politics. But not, we fear, of fixing California’s water issues. 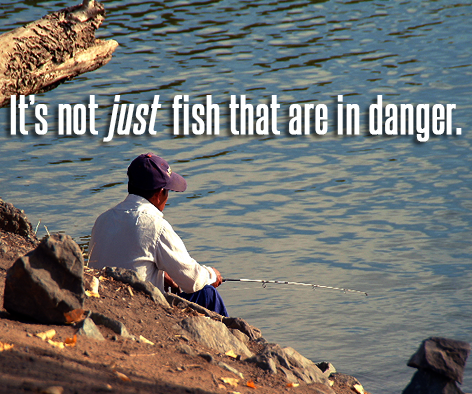 What about the health risks to the 1 million people who rely on drinking water from the Delta? Is the State Water Board going to make us a sacrifice region? Sign our petition.
Press Release: Eggman Introduces New Law to Force Statewide Vote on Governor Brown's Twin Tunnels Project
{ 0 comments… add one }